This period property had been extended several times in its 400 year history, with parts dating back to the Jacobean era.

The homeowners needed the internal layout redesigned and modernised. The new extension was a direct reference to the well established walled garden. We provided a ‘fourth’ side using reclaimed bricks and a historic arched door salvaged from a disused stable block on site.

Assessment of the internal arrangement was strongly influenced by the Japanese zen principle of Kanso. Kanso – which means simplicity – focuses on the flow and movement of energy within a space and is one of the seven principles of zen alongside Fukinsei (asymmetry), Seijaku (silence), Shizen (naturalness), Koko (austerity), Datsuzoku (freedom from worldly attachments) and Yugen (subtle profundity). 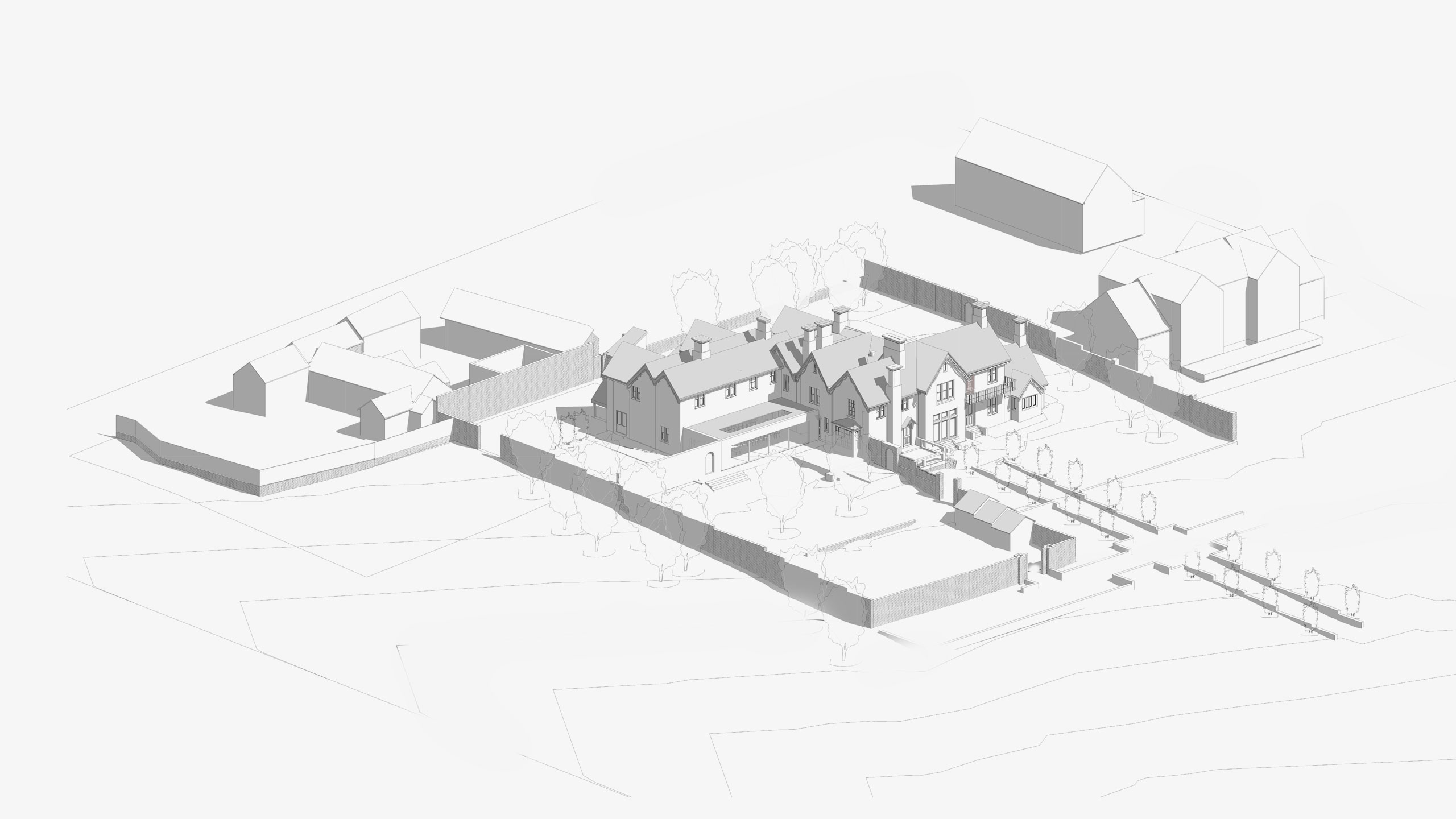 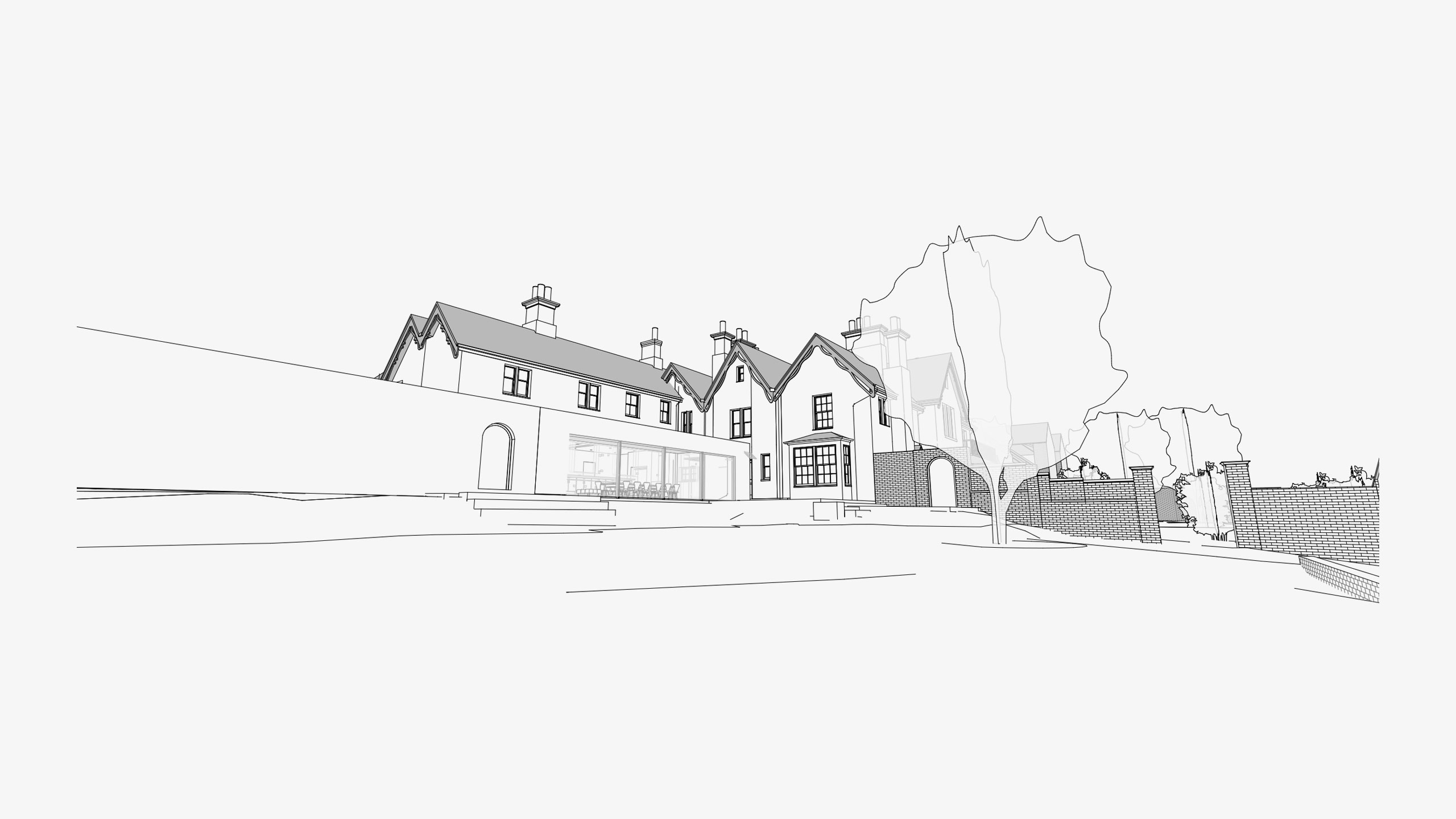